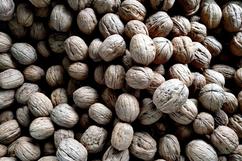 Background
PepsiCo’s CEO made a commitment to the UK Prime Minister, to address micronutrient deficiencies in India, South Africa, and Nigeria. PepsiCo decided to start a social business to serve the very poor and fulfill this commitment. I was brought in to lead the initiative.

Problem Statement
A great number of children in India, South Africa, and Nigeria suffer from micronutrient deficiencies that lead to stunting and wasting. PepsiCo decided to start a business to address these issues by selling a beneficial product to those at the Base of the Pyramid. What should the product be, how can it be affordable, how can it be produced and distributed, and how can the environmental damage be minimized?

Identify each stakeholder and then map needs / desired outcomes for each
Society – Protect the environment at all stages of the lifecycle
Producer – Ensure fair wages, good working conditions and minimize exposure to toxins, safe packaging
Business – Minimum – break even, build a great product and strong brand
Consumer – health benefits, sustainable purchase, beautiful, ease of use

Secondary
We employed a research group to conduct research on health issues and consumer perceptions of PepsiCo entering the nutrition space in South Africa, Nigeria, and India.

What I did
I synthesized my experience with manufacturing, business, international development with the research findings and redesigned the business to an agriculture-first model.

In the research, we found that the entire population in each country has the same micronutrient deficiency, and this deficiency becomes acuter amongst the very poor. In South Africa, the common issue was a Vitamin A deficiency. Sweet potatoes, which are rich in Vitamin A, are native to South Africa.

It is known that agricultural output is not what it could be in India and Africa, due to lack of technical inputs. I also knew that USAID and GIZ (the German Development Agency) are both strong in agriculture. I approached both to partner with PepsiCo in providing technical inputs to smallholder farmers.

The end goal was to help the poor produce sweet potatoes, which PepsiCo would then buy and repurpose into produce for those in the better-off economic strata. This would be a win for everyone. The poor would end up with more income, which they could use for education, healthcare, and nutrition, the better off citizens would have a product to manage their micronutrient deficiencies and PepsiCo would have an easier business to manage.

For those poor who would also need the product, I envisioned a sustainable method of daily distribution – trained healthcare workers on bikes with a canister attached. The canister would have a single-serve crank and the product would be served in the recipient’s own container, such as a calabash. This would save the female and children from having to walk miles into town every day and would prevent the accumulation of discarded packaging, in addition to having someone who could dispense basic health advice.

I also introduced PepsiCo to other potential partners who had proven to be experts in their field. For example, Un Kilo de Ayuda in Mexico had a very good program for addressing and monitoring malnutrition.

Result
PepsiCo adopted a new mindset, of seeing these regions as suppliers rather than just consumers. Within a year, they signed a major deal to source chickpeas from Ethiopia. They also moved forward to create a partnership with Un Kilo de Ayuda. I was laid off in the 2008 financial crisis. 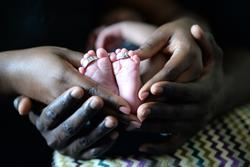 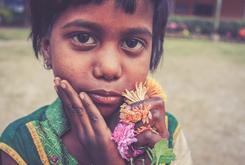 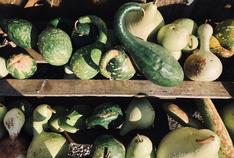 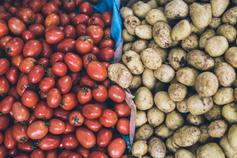 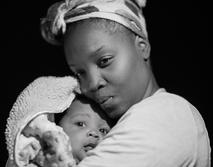